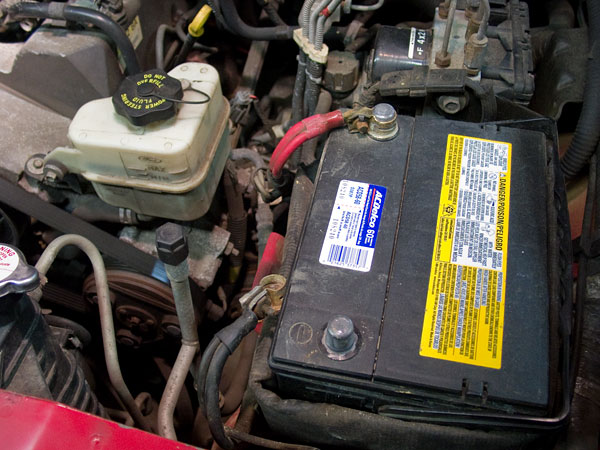 You'll be messing with a number of electrical connectors, so be safe and disconnect the battery first. Remove the negative cable and set it aside. I covered the negative terminal with a spray can cap (not pictured) so nothing could touch it. 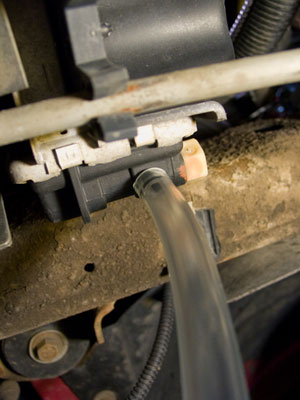 The first step is to drain the coolant. You'll need a piece of 3/8" inside diameter hose about 2' long and a drain pan of some sort. When the engine is cool, open the radiator cap. Find the drain nipple on the bottom right side of the radiator and attach the hose. Use an adjustable wrench to open up the drain.

I decided to only drain as much as I had to instead of all of it. I drained about 5 quarts. Squeeze the upper radiator hose while it's draining so that it's empty when you remove it. What you're trying to do is get the coolant level below the thermostat housing. Once you've got enough close the drain.

Now we need to make enough room to get these parts out. It will be tight, but the next steps will make room. 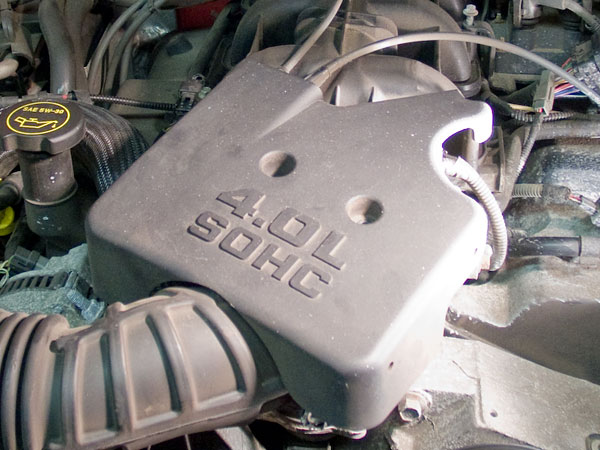 To see what you're doing, first remove the accelerator control splash shield (the cover that says "4.0L SOHC" on it). It has three bolts that hold it in. 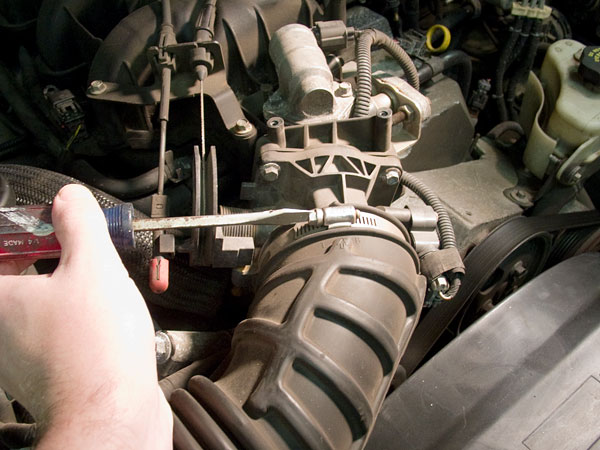 Next remove the air intake hose. There are two clamps, one on each end. Use a regular screwdriver to loosen the clamps and pull it apart from the throttle body on one end and the mass air flow sensor on the other. 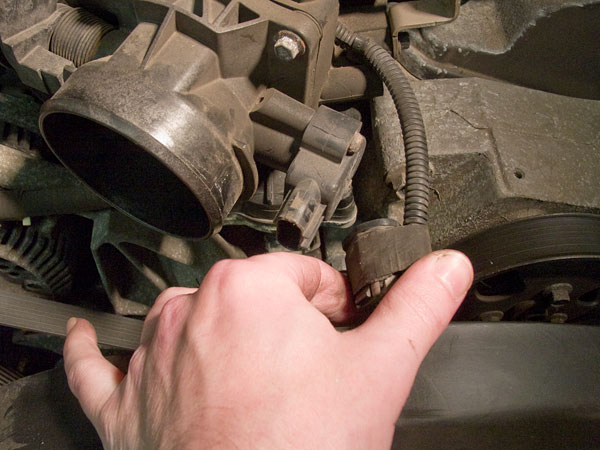 Now disconnect the electrical connector on the throttle body. 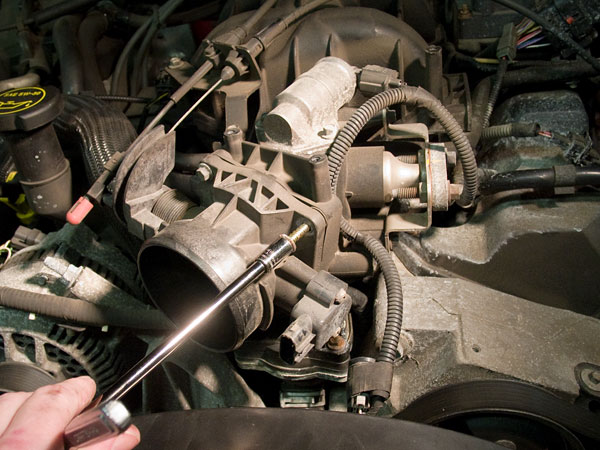 Unscrew the four bolts holding the throttle body in place, but don't disconnect the throttle or cruise cables attached to it. 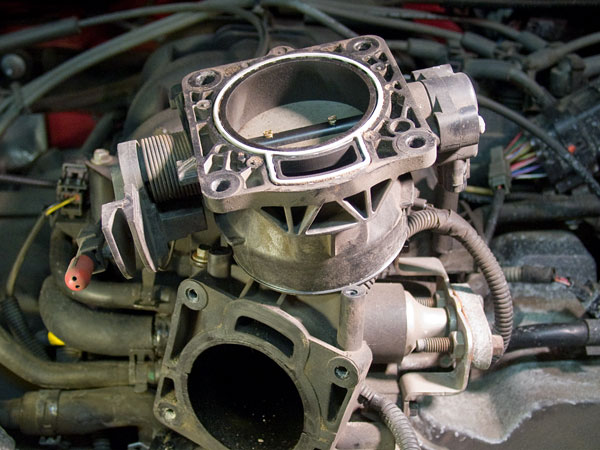 Finally, just flip the throttle body over and lay it on top of the intake. Be careful not to kink the throttle or cruise cable.